This report describes the results of a study aimed at quantifying the hazard from far-field tsunamis in New Zealand ports and harbours. We use data and observations from recent tsunami events in conjunction with numerical modelling to investigate the details of tsunami induced currents and water level fluctuations at four study sites to provide quantitative guidance on maritime tsunami hazards. The ports investigated in this study (Marsden Point, Tauranga, Port Taranaki and Lyttelton Port of Christchurch) were chosen on the basis of known tsunami vulnerability, data availability and economic importance. 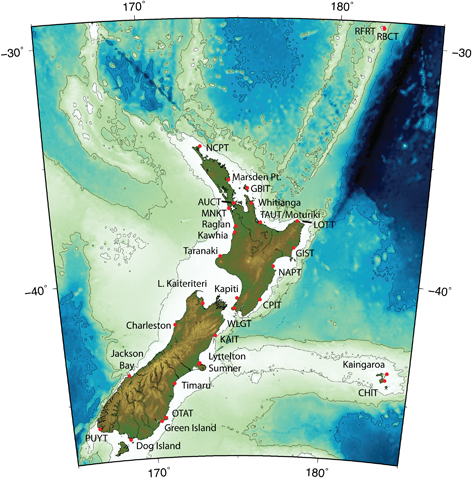 This study was motivated in large part due to the fact that tsunami damage is not exclusively caused by coastal inundation. Often maritime facilities are vulnerable to tsunami induced effects that are not accompanied by flood inducing water levels and which occur many hours after the initial tsunami arrival. While this phenomenon has been observed repeatedly in the past, it has not been well studied in the context of hazard mitigation. This is due in large part to the fact that resolving tsunami velocities with a numerical model is computationally intensive, requiring relatively fine computational mesh sizes resulting in numerical grid sizes that are very large and require extremely long run-times, making them impractical for many modelling efforts. Furthermore, while there are several estimates of current speed based on eyewitness accounts, there is a paucity of quantitative instrumental data on tsunami induced current speeds making model calibration and validation difficult. Also, recent studies (i.e. Admire et al. 2011) suggest that eyewitness estimates are generally unreliable and tend to overestimate actual current speeds.

In recent years, the effects of tsunami currents in ports and harbours have been observed and reported on at many locations around the world. Below we discuss several such instances from the 2004 Indian Ocean tsunami and the 2011 Japan tsunami.

During the 2004 Indian Ocean tsunami, three occurrences of ships being torn from their moorings were detailed in field survey reports by Okal (2006, a,b,c; Figure 2.1). 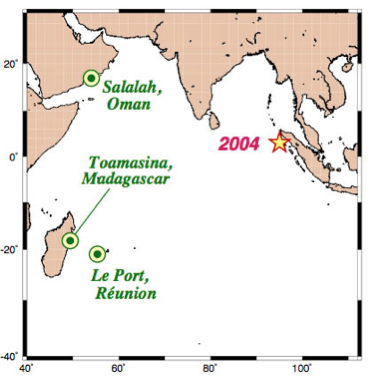 In the first case, at the port of Toamasina, Madagascar tsunami waves began affecting the port some 8 hours after the earthquake, consistent with tsunami travel times from Sumatra to Madagascar, with maximum water levels measured to be approximately 0.6 m above mean sea level. The initial tsunami activity was observed for 4 or 5 hours and then abated. Approximately two hours after this, currents in the harbour increased dramatically, eventually causing a 50 m freighter to break her mooring lines and wander through the harbour for the next 3 hours until it was grounded on a sand bar. Luckily the free floating ship did not collide with any other vessels or wharf structures. 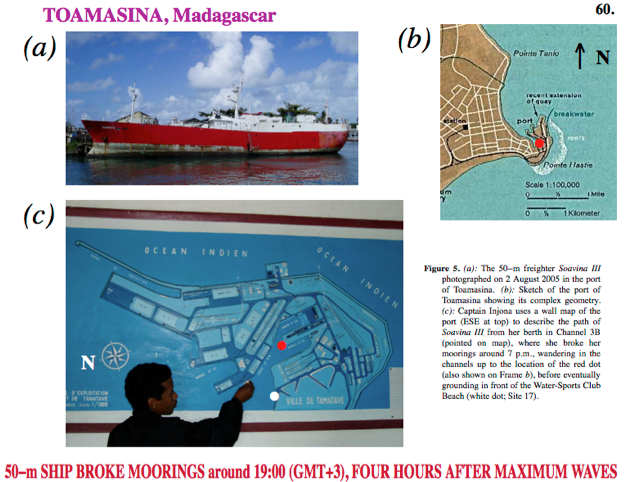 Figure 3. Description of the occurrence in Toamasina, Madagascar (reproduced from Okal et al., 2006a).

The situation was somewhat different at Le Port on Reunion Island. At 15:30 local time, four hours after the arrival of the tsunami, strong currents in the port broke all of the mooring lines securing the 196 m container ship MSC Uraguay. The ship then became uncontrollable as it was pushed around the harbour by the tsunami currents. During this time it struck and damaged gantry cranes on nearby docks. The ship was secured, but then at 1820 local time (~6.5 hours after tsunami arrival) it once again broke free before it was finally secured. 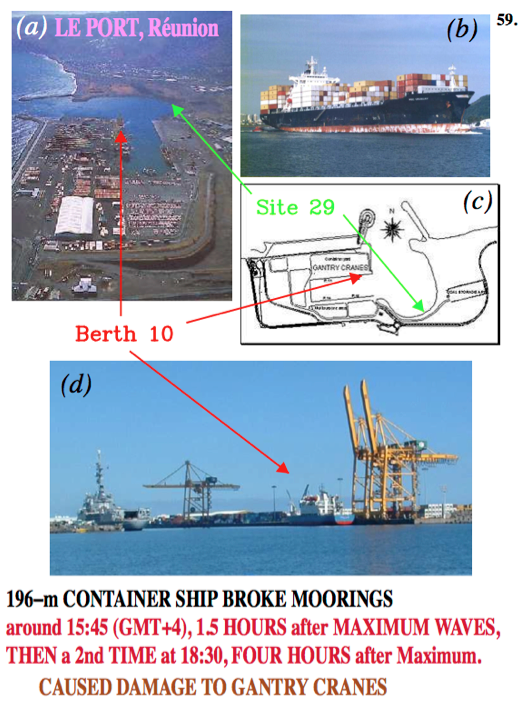 The third of these events occurred in the Port of Salalah, Oman, an important shipping container terminal servicing the Indian Ocean. At Salalah, approximately 90 min after tsunami first arrival, strong currents near the most offshore unloading berth broke all of the mooring lines of the 285 m freighter Maersk Mandraki and pulled it away from the terminal. The ship was reportedly caught in a system of eddies and could not be brought under control even with the use of tugboats. The currents eventually pulled the freighter out of the harbour and beached it on a nearby sandbar. At the same time, the 292 m freighter Maersk Virginia was rocked by the tsunami as it entered the harbour. The captain delayed the entry in to the harbour and waited outside for several hours during which time strong currents caused the freighter to collide with the breakwater resulting in minor damage to the ship’s fuel tank. 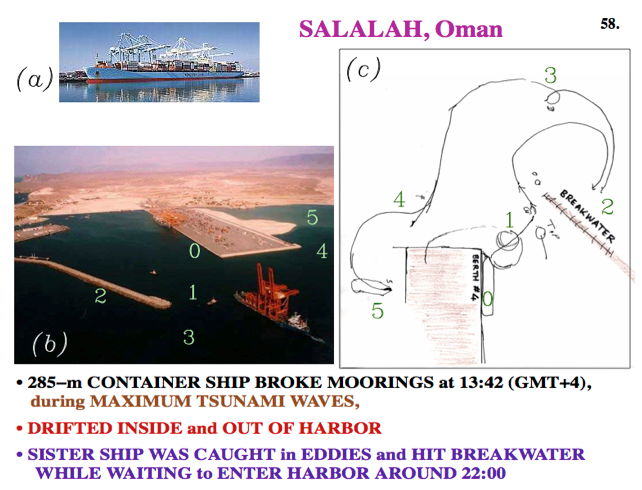 Figure 5. Description of the occurrence in Port of Salalah, Oman (reproduced from Okal et al., 2006b).

Understanding the effects of the 2011 Tohoku tsunami in California are particularly important to understanding the potential effects from a large far-field tsunami in New Zealand. The orientation and distance between the subduction zone responsible for the 2011 earthquake and tsunami relative to California is roughly analogous to the location and orientation of the South American Subduction Zone of northern Chile and Southern Peru. This region is known to have produced at least two very large and destructive tsunamis responsible for damaging and deadly tsunami waves in New Zealand. However, these event occurred in the late 1800’s (1868 and 1877), when New Zealand was much less developed and dependent on maritime infrastructure than today.

Virtually every port, harbour and maritime facility in California was adversely affected by surges and currents induced by the 2011 Tohoku tsunami. The strongest effects and most severe damage occurred in northern California at Crescent City close to the Oregon border. Tsunami surges caused very strong currents in the inner small boat harbour resulting severe damage to the docks and to the boats that were present at the time of the tsunami. Fortunately, most of the commercial fishing vessels was evacuated from the harbour before the tsunami arrived and were therefore spared the destruction. In Santa Cruz, strong currents – up to 7 m/s – accompanied the surges that penetrated deep in to the rectangular harbour basin, the largest of which occurred some 3 hours after the tsunami first arrival. These surges caused considerable damage throughout the harbour. At Ventura, the effects from the 2011 tsunami were less than what was experienced during the 2010 Chile tsunami. However, the currents were still significant and caused problems for boaters trying to dock during the tsunami and were blamed for one injury to harbour personnel working during the event. It is worth noting that the strongest and most damaging surges occurred at 0100 PST on March 12th, some 15 hours after the tsunami first arrival.

The effects of the Tohoku tsunami in New Zealand were detailed extensively in a report by Borrero et al. (2012). In that study they analysed the variety of data collected in New Zealand following that event. This included water level measurements on tide gauges around the country, instrumental velocity data from the Port of Tauranga, tsunami currents recorded by floating drogues in Lyttelton Harbour, runup and inundation information from the Coromandel Peninsula, and photographs, videos and eyewitness information from around the country. The authors also conducted a series of interviews with owners and operators of several maritime facilities (ports, small boat harbours) to learn more about their experiences during the event and to provide feedback on how the 2011 event compared to the 2010 tsunami and how warning messages and information were received and disseminated.

Some of the important findings from that study included:

Overall, the Tohoku tsunami in New Zealand should serve as a wake-up call to New Zealand’s maritime community and emergency planners to better understand tsunami effects and to be better prepared for future events.