It is extremely difficult to absolutely define a ‘worst case’ scenario for tsunamis in New Zealand.  However, based on experiences and observations from tsunamis around the world, we can determine some of the characteristics of what a worst case scenario might be. For this study we assumes a worst case scenario tsunami event would originate from the Tonga Kermadec (TK) subduction zone. Based on our sensitivity analysis of this event, we showed that the southern segments of the TK subduction zone produce the strongest effects on the Coromandel peninsula. However since there have never been any large tsunamis generated from the TK subduction zone, we do not have a sense of how big of an earthquake is possible.

Therefore, we use the characteristics of a real earthquake that caused a devastating tsunami and position it along the southern section of the Tonga-Kermadec trench, directly offshore of New Zealand. In this case we use the earthquake parameters from the March 11, 2011 Japan tsunami as the model initial condition.  The sea floor deformation caused by this hypothetical event is shown in Figure 1. 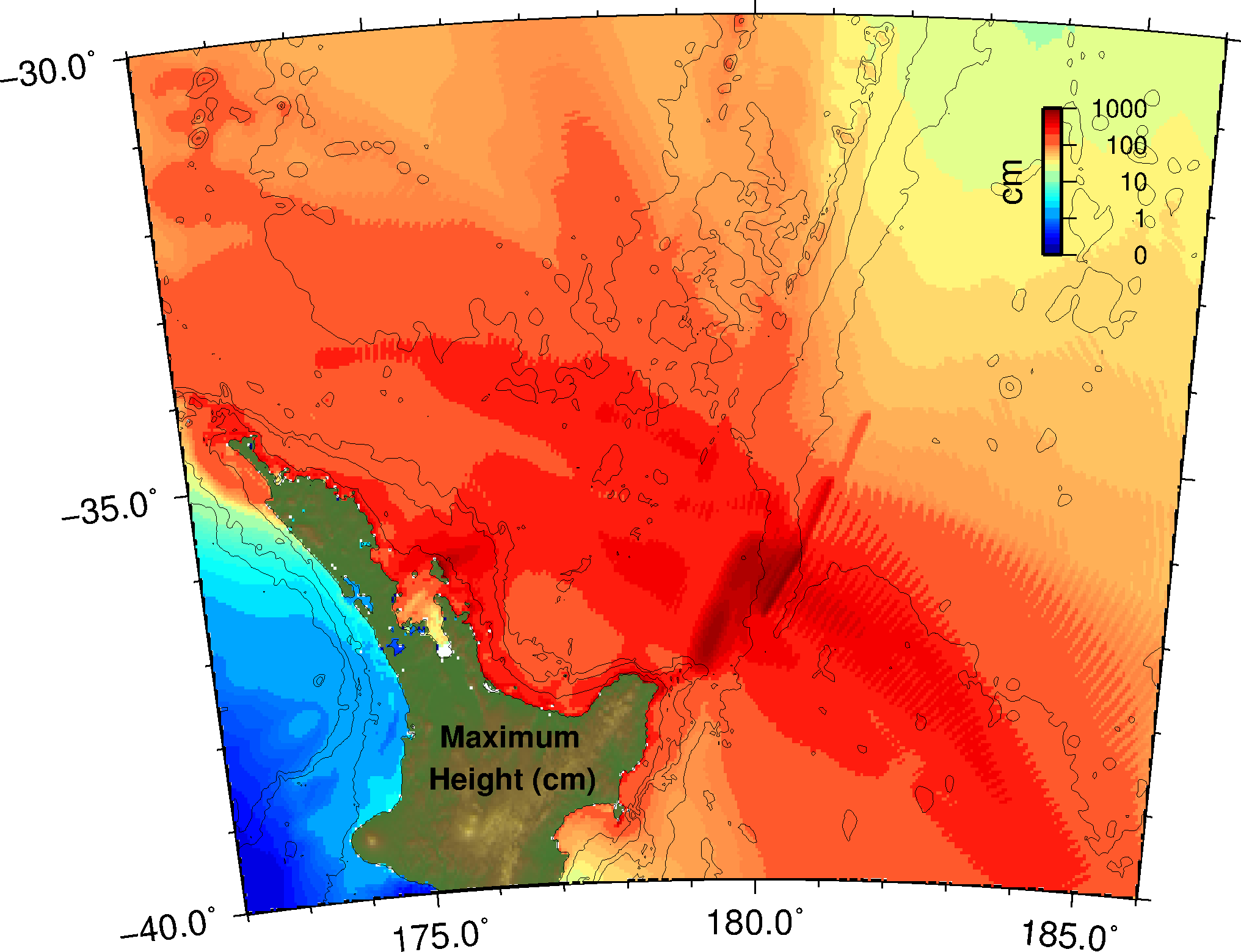 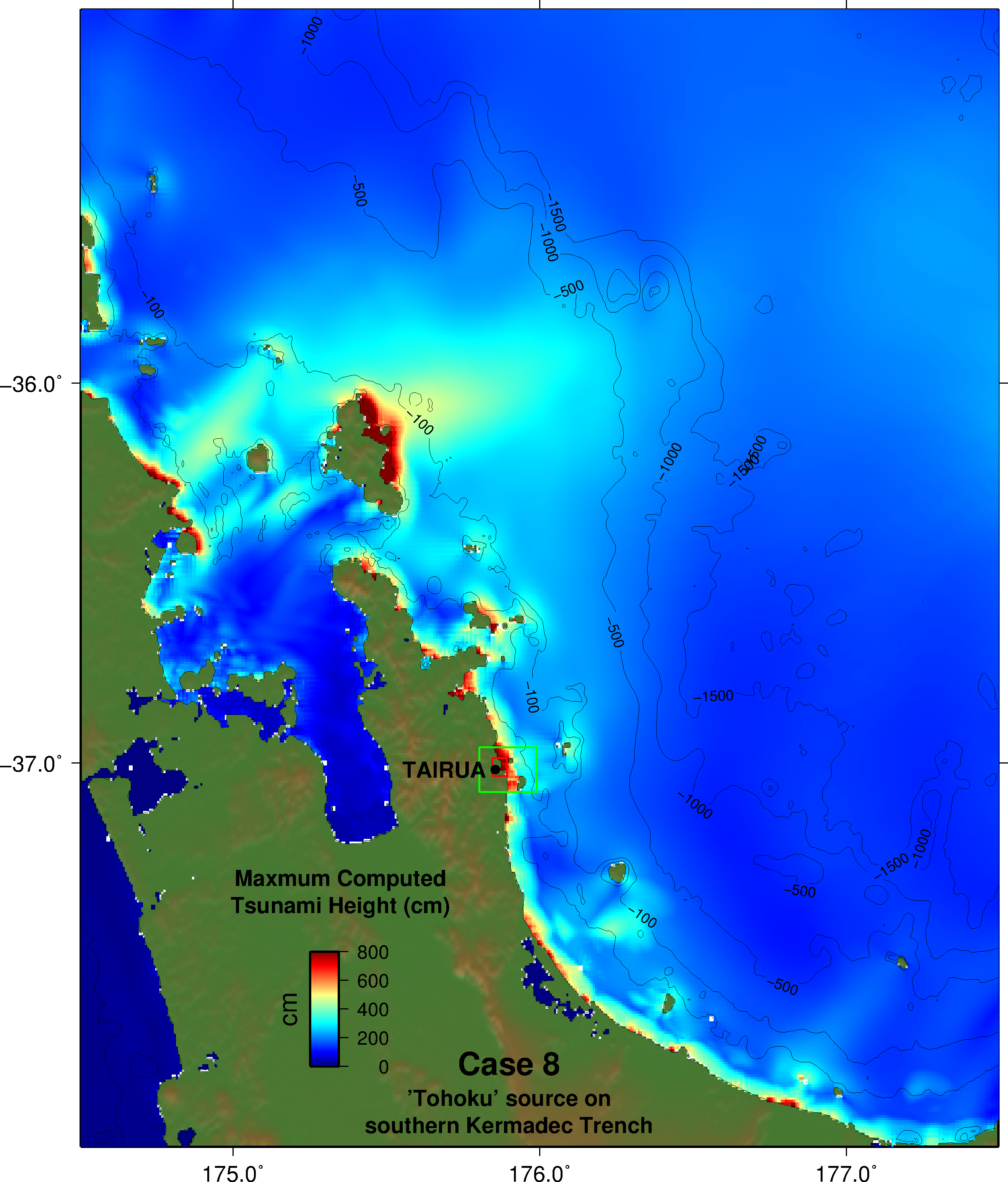 Figure 2. Maximum computed wave heights from the Case 8 scenario. (left) The wider region and (right) in the Bay of Plenty and Hauraki Gulf.

Figure 2 shows the progress of the tsunami wave front in 15 minute intervals. As shown in previously, the first pulse of tsunami energy starts to affect the Coromandel Peninsula in about 1 hour after tsunami generation. 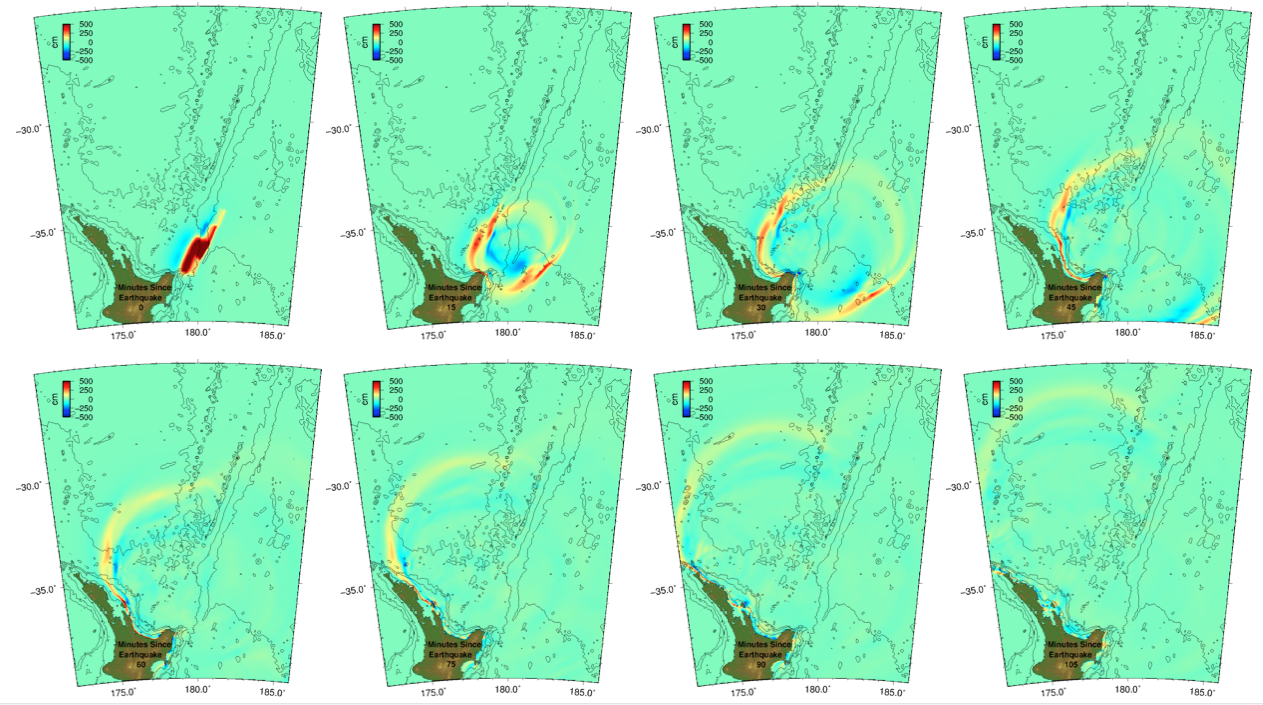 Figure 2. Evolution of the tsunami wave crest from the source region in to the waters of New Zealand.

In Figure 3, we show the wave arrival times at Whitianga and Tairua. The data show that the tsunami would reach Tairua approximately 12 minutes before Whitianga.

Figure 3. Computed water level time series from Tairua and Whitianga from the Case 8 scenario.  The tsunami will start affecting the coastline as withdrawal of the water surface and peak tsunami heights will occur in approximately 1 hour.